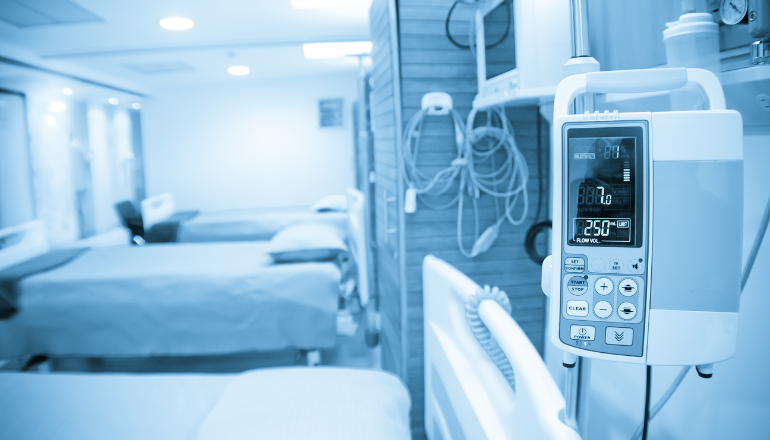 PETER STEFANOVIC:         Well, let's bring in Dr Omar Khorshid now, the President of the Australian Medical Association. Doctor, thanks for your time. Just first of all, a lot of talk around whether or not flights should be stopped from India, those that are coming here anyway. What's your view on that?

OMAR KHORSHID:             There's no doubt that our hotel quarantine system has limits and we are seeing already in WA the outcome of when our system fails. So, we do need to let our governments pick how much risk we can take, how many COVID-positive people we can look after in a relatively safe manner in those hotel quarantine systems and then adjust the flights as required.

It is important that we still offer Australians ways to get home because it's our duty to do so. They have a right to come home, but we need to make sure that it's done in a safe manner.

PETER STEFANOVIC:         So, would you like to see the 30 per cent extended or are you happy to leave it where it is when it comes to reduced flights from India?

OMAR KHORSHID:             Look, I just want our politicians, our State Premiers and Chief Ministers and our Prime Minister to work together in the National Cabinet and pick numbers that that suit the systems that they've got or expand the systems. At the end of the day, there's very little to be gained in sniping and, you know, throwing pies over State borders. What we really need to be doing is bringing Australians home who want to get home, but in a way that doesn't put the rest of the country at risk.

PETER STEFANOVIC:         You talk about limits when it comes to hotel quarantine, but by and large, it's done very well considering the fact that there's only been a dozen or so leaks in six months or so. And when you stack that up with the hundreds of thousands of passengers who've come home, that's not bad. That's less than one per cent.

OMAR KHORSHID:             Yeah. Hotel quarantine has served us well. It's been one of those key planks in our wall against COVID. But at the end of the day, each one of those breaches has an extraordinary impact on everyday Australians lives and puts the vulnerable in our community at risk. So, we don't just need the system to fail one per cent of the time. We need it to fail never, if that's possible. And that means doing …

OMAR KHORSHID:             Well, it means doing everything we can. And I think if each of our States could stand up, hand on heart, and say we are doing everything we could do to make this system as good as it can be, then I think we would all be happy. But unfortunately, that is not the reality. There is more that can be done, and we only need to look at the other States to see what that looks like.

PETER STEFANOVIC:         But why do you- you look at New South Wales, and New South Wales is often being held up as the gold standard. There has been leaks and there's been no panic, there's been mild shutdowns, I'm talking around Christmas time around certain areas, but when you're looking at WA, it's almost like there's no trust in the tracing system - after one or two cases, it's all shut down. It's almost like they're too nervous about it.

OMAR KHORSHID:             Well, they do shut down quickly in WA and we've seen a similar approach in Queensland. But then you have to admit that it's pretty quickly back to normal, quite in contrast to what's happened in New South Wales. I think if you ask the people on the Northern Beaches, would they have preferred a three-day hard lockdown for all of Sydney and then a pretty rapid return to normal or what they experienced over Christmas, they might actually back the WA experience.

PETER STEFANOVIC:         What can we provide? What would you like to see provided to India?

OMAR KHORSHID:               Look, that's a little beyond my pay grade, but things that look to us to be useful, if there's any way of sending oxygen, I'm not sure if that is technically feasible, but if that's possible or even the machines that concentrate oxygen out of air, that would obviously be something desperately needed.

Vaccines could be possible. But of course, India has its own vaccination capacity. Ventilators, we have a very large stockpile now of ventilators that hopefully are never going to be used. And it would make a lot of sense to send those over. And the other thing that comes to mind is expertise. You know, we've got a lot of very smart doctors, nurses and other people that may be able to contribute in some way to assisting India in managing this catastrophe that's going on over there.

PETER STEFANOVIC:         Would you be worried about us potentially being left exposed if we send equipment over to India?

OMAR KHORSHID:               Oh, look, we've got to act in our national interest, but I think we are unlikely to face the kind of scenario that's going on there because of the decisions of our national Government and our State Governments in protecting us.

So, those stockpiles of equipment that were brought in thinking that we were going to face what was going on in Italy at the time, they're very unlikely to be needed. And I think they should be sent where they can do some good, because they're certainly not doing any good sitting in warehouses.

PETER STEFANOVIC:         Okay. Dr Khorshid from the AMA, appreciate your time. Thanks for joining us. 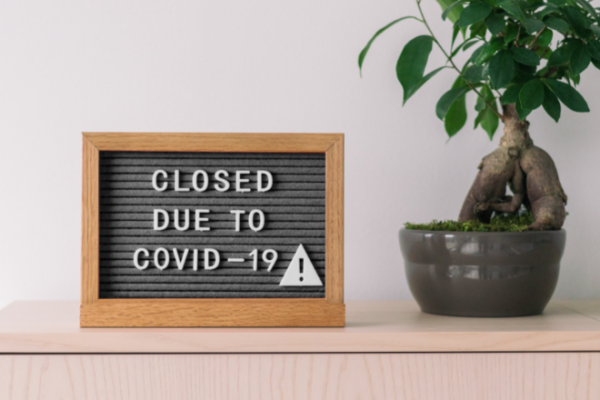 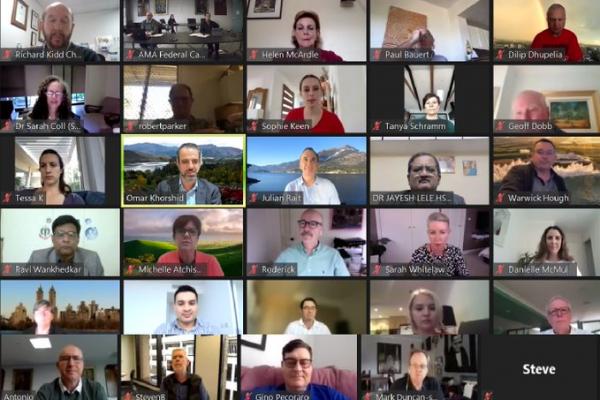