PATRICIA KARVELAS:     Well we're going to continue as planned on Karvelas because in tonight's edition of The Issue, we were planning - and we're still going to do it - on having a debate around the lifting of the rebate freeze, whether it's neutralised the issue of Medicare and Mediscare - as it's known. It was obviously a huge battleground in the election campaign and the Government has been very eager to neutralise it but Labor is very keen on keeping it very much alive. I wonder if it will work.

Well my guests tonight, Dr Michael Gannon, who is the president of the AMA, and Stephen Duckett, who is from the Grattan Institute. Welcome to both of you.

PATRICIA KARVELAS:  Thank you for joining us. It's very much a day- everybody's focused their minds on what's happening in London but, of course, we've had some pretty domestic arguments here.

This week Labor made a claim that the Medicare freeze lift wasn't what it seemed. I'll start with you, Stephen Duckett; is that right?

STEPHEN DUCKETT:        Well, it's a glacially slow Medicare freeze thawing. It's the slowest possible unthawing you could possibly think of, the impact on general practitioners this year - 1 July 2017, this- next financial year - is trivially small, a tiny number of items. And, as it turns out, there are other items that weren't announced in the Budget which aren't being unfrozen for three years.

PATRICIA KARVELAS:     Okay, so it's slow. But, Michael Gannon, you've been - well - supporting the Government and that's actually one of the Government's arguments that they've got the key health groups now in their corner. Given it is slow, why have you decided to accept it?

MICHAEL GANNON:  Well we're not in a position to accept or reject government policy. The Government unfortunately …

MICHAEL GANNON:  Well the Government can do what they're going to do and we can support or reject elements of policy. We would have liked to have seen the entire Medicare Benefits Schedule unfrozen on 1 July this year; while we're at it, we would have liked to have seen pathology and diagnostic imaging indexed. There is a long, long way to go. The Government has had some success in neutralising some of the politics around this but to say that they've got us on side is a bit of an exaggeration. It's not correct; they've got a lot to do. But the people who stand in judgement of their health policy are not Stephen or I, it's the voters at the next election.

PATRICIA KARVELAS:  That's right. I think Labor has described the AMA's response as cash for no comment. That's what it's being described at; is that a fair thing to say?

MICHAEL GANNON:  Oh well, Mr Shorten can say what he will as well. Look, I suspect that the Liberal-National Government has been successful to one extent or another of neutralising their disadvantage in health - I'll leave it to political commentators like you to make that judgement. I'm the health expert, I'm here to say that what the Government has achieved by having a certain pathway to re-indexation is- they've given themselves the opportunity to talk to us about the things we want to talk about and to move on from what was a disastrous health policy - albeit, as Stephen says, the vast majority of consultation items aren't re-indexed for another 12 months.

PATRICIA KARVELAS:  Well, Stephen, you say it's a very slow thawing, but obviously Labor hopes to make this front and centre at the next election, they also hope education - which we'll be discussing on one of our shows coming up - will also stay in the conversation. But is it likely to? Is it really a vote switcher now? I mean, it might not be quite what Labor's likely to promise but it still gets you to the same position even if it doesn't happen immediately.

STEPHEN DUCKETT:  I think there are two things we're talking about here, Patricia. First of all, the Government had to unthaw- lift the freeze before the next election. If it didn't it would be going into the next election highly exposed to Labor criticising it for not supporting Medicare and so on. The second point is more significant; the costs that general practitioners are facing increase every day, inflation occurs every day and so the longer the freeze stayed in place, the more the costs for a general practitioner diverged from their revenue. And that is still the case. Because of the unthawing- the lifting of freeze is taking so long, GPs are going to have to make business decisions every couple of months about what they're going to do and whether they can wait for the freeze to be lifted. And so, I don't know what GPs will do. I don't know to what extent bulk billing will drop. I don't know to what extent GPs will lift their fees. And we won't know until we actually see the numbers. So it is an absolutely essential thing for the Government to have done, but whether it is sufficient is another question.

PATRICIA KARVELAS:     Well, I suppose that is the debate, isn't it, Dr Michael Gannon? I mean, what is your prediction for how doctors will respond?

MICHAEL GANNON:  Well, certainly the freeze has put enormous pressure on those doctors who choose to bulk bill their most vulnerable patients and that has always been a great concern for us. I mean, personally, I lament the fact that the bulk billing rate is used by both the Labor Party and the Liberal Party as the metric of successful health care; the rebate to see a GP 20 years ago lost any possible clear relationship with the cost of providing a high quality service. But what we want to see with indexation is the ability for individual GPs, individual other specialists to recognise the fact that out of pocket expenses represent a barrier to the neediest in our community accessing care and that's why re-indexation is so important.

Stephen's made an important point about the years of lost indexation; GPs, other specialists, will never catch up with that and that, has not only been the policy of this Government, the previous Labor Government that introduced the freeze, but successive governments have failed to invest in patient rebates. If we want a system where we expect everyone to go to the doctor for free, well then we're going to have to come up with literally billions of dollars. What we in the AMA would say is we must support the neediest in our community and not have barriers to them accessing care - whether that's seeing a GP, another specialist, or having the basic pathology and radiology tests that inform clinical decisions.

PATRICIA KARVELAS:  The nation's most senior health bureaucrats, the Department of Health Secretary Martin Bowles and his deputy Mark Cormack, have been members of this secretive task force formed to develop the policy around a Commonwealth hospital benefit; now, Health Minister Greg Hunt immediately ruled out adopting that policy as soon as it became an issue in Question Time and in politics. Stephen, is that good policy to just put that to bed straight away? Because clearly there was work going on here.

STEPHEN DUCKETT:  Well, I think there are two questions; is it good policy, or is it good politics? I think it's quite legitimate for the bureaucrats to actually work up and analyse policies, even if they themselves don't even support them. I mean, this policy was put on the agenda by a discussion paper issued under the Abbott Government three years ago and it's reasonable to actually investigate it in some detail; even if you don't support it, you'd want to say this is crazy policy because of this reason. So it's fair to investigate it, so it's good policy to investigate it.

Was it also good politics for Minister Hunt to rule it out? Probably, yes. He didn't want any scare tactics running, he wanted to close down that debate and so, as I said, the politics are good, but I think investigating the policy was also the right thing to do.

PATRICIA KARVELAS:  What do you make of it? I'll just give you the final word, Michael Gannon - because it's certainly did seem like the politics around health has become so toxic that the Government just has to keep putting down these fires all the time. Nope, can't talk about that, can't do this. You know, it's almost like they're in a health straitjacket.

MICHAEL GANNON:  Look, I think that you've raised a very important point there. I suspect that Mediscare will continue right through to the next election, and I think that the Liberal-National Government has to claim some of the responsibility for that. Some of their policies, as I've said in the past, laid the fertile ground for Mediscare; it was easy for Labor to create a narrative that they didn't care about Medicare. So they have to bear their share of responsibility. Hopefully we can have some honesty in the debate on health policy; it's too important for it to be the play-thing of politics.

PATRICIA KARVELAS:  Thank you to both of you for coming in and having this conversation. 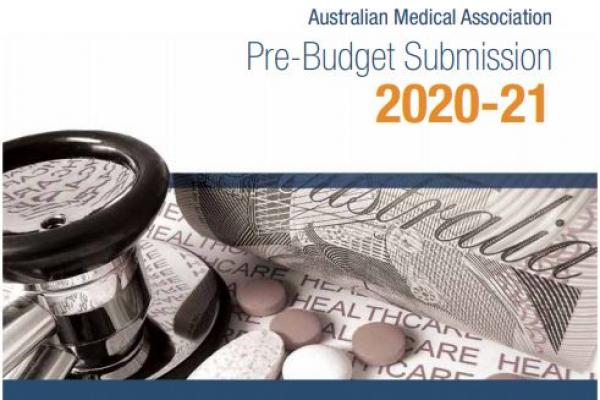