JIM MIDDLETON: Good to have you with us on Weekend Agenda this Saturday afternoon. And now to the issue of private health insurance, which is a major question for many families. Its cost is rising faster than inflation, leading some people to drop out of hospital insurance in particular. The Australian Medical Association's just released its annual report card on private health insurance, again highlighting what it says is the need for greater transparency, less complexity.

Michael Gannon is the President of the AMA, and he joins us from Perth. Michael Gannon, good to have you with us. Thank you very much indeed. Simple question first: are people getting value for money out of health insurance? The cost does keep rising faster than inflation.

MICHAEL GANNON: Well, too many Australians aren't getting value for money, Jim. A lot are; private patients admitted to private hospitals around Australia have normally got a very positive story to tell about the care they've received. But for too many people, when they get sick, when one of their loved ones gets sick, they either find they're not entitled to treatment in a private hospital, they're shipped off to the public hospital, or they're told that there's going to be a significant delay in treatment or significant out of pocket expenses.

What the report card tries to do is to try and give people an idea about which policies might suit them and their family best.

JIM MIDDLETON: So beyond this question, which does look a little bit like a two tier health system that we're developing, public/private and so on and so forth; beyond that, what are the biggest concerns you're highlighting in this year's report card?

MICHAEL GANNON: All we're calling for is for great transparency in the products. There's such a bewildering selection of different policies available to people, I'm not surprised that they find them difficult to interpret. Sadly, it's often only when sometime gets sick that they find out that their policy is not good enough.

So what we'd encourage individual consumers, individual patients, to do is to use the report card, to go and talk to their health insurer and make sure that they've got some sort of idea about exactly what they've got. Too many of these policies are junk policies that you find are barely worth the paper they're written on. Too many policies tell you that you have to go to a certain hospital; you can only go to a public hospital. There's an exclusion, a carve-out, a caveat.

These are simply not good enough. Hopefully the report card sheds a light on some of the worst policies that are out there.

JIM MIDDLETON: It's one of your concerns that this process, one of the things it does is limits choice in terms of patients and the doctor that they want to go to and as a consequence, it's really an attempt by the private health insurers to limit payments to doctors.

MICHAEL GANNON: Well, certainly that's not a major problem for most Australian doctors. 86 per cent of operations are provided at a no-gap level, 86 per cent of services are provided under preferred provider arrangements. Now, what that means is that the doctor agrees to accept the fee that the insurer's willing to pay. And we do that for a number of reasons, but one of the main ones is that we recognise that out of pocket expenses are a problem for ordinary Australians. They do mean that some people will defer important care. And that's the attractiveness to patients and to their doctors in terms of no-gap schemes.

But too often we see the insurers deflecting attention away from their flawed products, talking about doctors' fees, when what the report card shows is that many of the insurers have a whole selection of products that are worth not a great deal more than getting you a tax break. If a policy says to you, you can only go to a public hospital, where is the advantage over our very high quality public hospital system?

JIM MIDDLETON: Indeed. Some of these you are describing as junk policies, which is fairly severe language. You've also noted that the changes in benefit are widespread and apparently increasing over time. Not only does that not increase confidence in the system, but also does it suggest there's a greater role for government here in keeping the insurers up to the mark?

MICHAEL GANNON: Well, government already has a major role in both regulating and funding private medicine. What a lot of people don't realise is that the Government pays for the 75 per cent of the Medicare fee that goes towards their care. If a doctor chooses to charge outside an arrangement with a health insurer, the health insurer retreats back to only paying 25 per cent of the Medicare scheduled fee. So the Government's already got a lot invested in this; they make a contribution to every individual episode of care. They obviously make a substantial contribution through private health insurance rebates, for those Australians that are entitled to them. That's why they still have a regulatory role.

JIM MIDDLETON: But what about these policies, these conditions which put severe limits on where potential patients can go that, you say, amount to little more than a tax benefit? Shouldn't the Government be stepping in to stop that, to outlaw that kind of practice, so that people do genuinely get value for money, get what they expect out of their health system?

MICHAEL GANNON: Well, the Government is in this space. The previous Minister, Sussan Ley, set up a Private Health Ministerial Advisory Committee that's got broad stakeholder involvement. Key to this process is developing gold, silver, and bronze policies and the AMA is supportive of this process. We want a transparent system so that the consumers, so the patients, know what they're paying for, what they're getting.

At the moment, we've got a bewildering array of policies that are in many ways deliberately confusing. We'll often pay different amounts for different doctors; we'll certainly pay different amounts in different states. There are literally hundreds and hundreds of different individual policies. Simplicity is good for transparency, so that people at least can make an informed decision about what they're buying.

JIM MIDDLETON: I wonder if I could ask you, too, about the impact of the continuing freeze on rebates to GPs. That's increasing the cost to patients, obviously, as well as reducing confidence in the system, do you think?

MICHAEL GANNON: Well, I'm hopeful we'll be able to make an announcement on unravelling the freeze, even as soon as Budget night. I continue in conversations with the Minister.

You're quite right that the freeze unfairly affects patients attending GPs, because 85 per cent of GP services are bulk billed. But of course, in the area of private health insurance, most of the insurers have turned around and frozen, or at the very least indexed nowhere near inflation, the amounts paid for doctors over the years. That has increased the trend of doctors choosing not to enter into no-gap and known gap arrangements.

JIM MIDDLETON: I wonder if I could ask you just a question on another issue: the Health Minister announced today that - a fairly significant initiative, $50 million and maybe more, to provide free blood glucose continuous monitoring for type 1 diabetics under the age of 21. That's something I'm sure the AMA would applaud. Is this going to make a big difference to young diabetics?

MICHAEL GANNON: This is a fantastic initiative, Jim. The Minister is to be congratulated on this investment in secondary prevention. We can't prevent people from getting type 1 diabetes; some kids are diagnosed before consciousness, they're toddlers and they don't know a life without finger pricking.

Well, this is a fabulous new initiative; this means that some people can have accurate monitoring so we can work out how good their blood sugar control is over the long term and, of course, good control reduces the complications of diabetes - whether that's the eyes, the kidneys; as they grow up, their pre-disposition to heart disease, to strokes, to pregnancy problems, infertility. This is a great story for young Australians afflicted by diabetes and their families.

JIM MIDDLETON: And, clearly, as you indicate, a bit of prevention now and a bit of better monitoring now means less cost to the community further down the track.

MICHAEL GANNON: Well, that's right. This is a sensible investment in people who, let's face it, are going to have diabetes just about their whole lives. So with really tight sugar control, with diet, with exercise, with regular check-ups with GPs and, as necessary, with ophthalmologists, with physicians, diabetics can lead full, fruitful lives. But this measure will help in that secondary prevention, which comes with tight sugar control.

JIM MIDDLETON: Michael Gannon, I do appreciate your time this Saturday afternoon. Thank you very much. 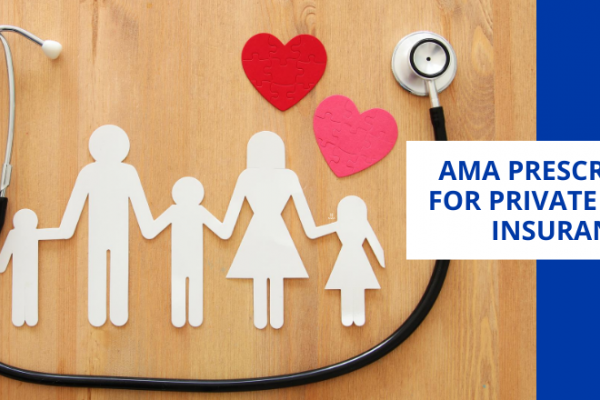