ASHLEIGH GILLON:   Well, the Prime Minister has come under fire over a conversation he had on radio yesterday about gay conversion therapy. Joining us live from Canberra is Dr Tony Bartone. He's the President of the Australian Medical Association. Dr Bartone, appreciate your time. Were you alarmed yesterday to hear our new Prime Minister miss a chance to denounce gay conversion therapy? In 2018, should the merits of that therapy even be up for debate?

TONY BARTONE:   Good morning, Ash, and thank you for having me on. And absolutely, it did seem to be a missed opportunity to put for once and for all that there is no place for conversion therapy in our society, in the 21st century. We know that it's associated with negative outcomes, it's not based on any research, it's archaic, and it's only associated with long-term harm to the patients involved.

ASHLEIGH GILLON:   Mr Morrison went on to talk about the Building Respectful Relationships School program. He said it's one of the reasons he sends his daughters to a private school in Sydney even though the program isn't taught in New South Wales where his family lives. Do you share concerns about that program or is it healthy to educate kids about the risks of sexual assault, about domestic violence, about sexuality more broadly?

TONY BARTONE:   The opportunity to have a broad-based education across the whole spectrum has obviously got to be in the long-term best interest of a broader understanding, a broader education, a broader appeal. Anything that increases that understanding and that awareness we would think is a good thing.

ASHLEIGH GILLON:   The Pacific Islands Forum is underway. As you know, we've been reporting today that the New Zealand Prime Minister wants to meet with asylum seekers. New Zealand, again, is repeating its offer for these people to go to New Zealand, insisting that there could be a way to figure it out so that we could stop these people making the journey to Australia from New Zealand. We saw a report out yesterday, again, looking at the mental health concerns targeting children on Nauru. We've seen report after report about children threatening suicide. Should any child threatening suicide be brought to Australia? Where do we draw the line on that?

TONY BARTONE:   Well, we need to be perfectly clear, we've put out a resolution, a call, that all children on Nauru and their families be taken off the island as a matter of urgency because we know for a fact they've come from very difficult situations, from damaged backgrounds, a lot of trauma, a lot of stress, in that previous past. They've been in a situation of continual uncertainty, unfamiliarity with the detention, even albeit in a community setting. We need to ensure that the mental health and wellbeing of these people are what we would expect is first order of priority for anyone in the care of the Australian Government. And we've called for children and their families be taken off Nauru as a matter of urgency, whether it's to Australia, whether it's to another destination that has the agreement of the Australian Minister. That's for them to decide. But we can't see any reason why they should remain on Nauru any longer.

ASHLEIGH GILLON:   Tim Costello went as far to say what is going on there is torture. Would you go that far, Dr Tony Bartone? In terms of what you're seeing, in terms of Government policy, and the impact on the mental health of people on the island?

TONY BARTONE:   We've received some alarming reports, both through social media and through other indirect channels, about the consequences in the long-term harm that some of these children are experiencing. And the effects that they're having on their mind and effects that they're taking out on their body, the way they even live day to day. We've just been very categorical. They cannot remain, they should not be allowed to remain in situations which are putting them at harm, continued harm, and risk their ongoing mental health and wellbeing.

ASHLEIGH GILLON:   Is it psychological torture, though? Is that an overreach?

TONY BARTONE:   Look, obviously it certainly is within the realms of significant mental harm and mental stress. We can argue about the terminology, we can argue about whether it reaches that, but from any point or any shape or form, it's unacceptable that they continue to have the ongoing effects on their mental health and wellbeing.

ASHLEIGH GILLON:   Just on another matter, an issue that affects a lot of Australians of course, we saw more reports also yesterday, warning that health insurance premiums are dramatically increasing. It cited unnecessary surgeries as one of the key culprits for that. How many Australians do you estimate are having these surgeries that they don't actually need, and why would medical professionals recommend that sort of surgery?

TONY BARTONE:   We need to be very clear when we start talking about these types of situations. It's really easy to make conversations based on past data, on population observation or trends, but when we're talking about a patient with a doctor in the room recommending a course of treatment, the treatment that is offered is also changing with time in response to better understanding, better education, better clinical studies about the long-term effects. And so, we change our recommendations from period to period, and that's based on research and evidence. And when we have a patient in front of us, we're making that patient - considered, patient-centred advice. So, to say that an enormous number of Australians are having unnecessary surgery is really missing the issue here. Clearly, we have a patient in front in front of us, we recommend care or treatment based on evidence, based on world-class standards. And when it comes to a world-class system, the Australian system is at the top, if not the top.

TONY BARTONE:   The private health reforms that are in the process of being further analysed and further to be implemented by April next year will certainly go to some point in trying to address the confusion, the lack of transparency, the lack of clarity in policies. People are not covered for things that they thought they were covered for, and then with 70,000 policies out there, that's very easy to understand how that arises. So anything that reduces the confusion, reduces that lack of clarity, will be a big start in addressing that. But clearly, there are rules, clinical definitions, there are a whole heap of other issues that underpin that. And that's what we're going through at the moment to ensure that there are no unintended consequences.

But when we're looking at the issues, especially when it comes to the costs of private health insurance and the value that the patients and the public perceive, we can't escape from that. That there is a large unfunded or an unsupported amount when it comes to the costs of providing care, which is not covered between the MBS, which has not kept pace because of a freeze or 30 years of poor indexation. And because of the similarly tacked on private health insurance rebates, which clearly also do not reflect the cost of providing good quality care in this day and age.

ASHLEIGH GILLON:   Yeah, it's a complex one. Dr Tony Bartone, appreciate you joining us this morning. 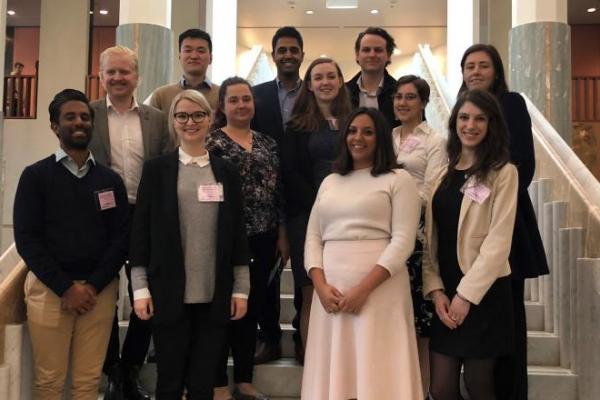 Time to legislate against discrimination