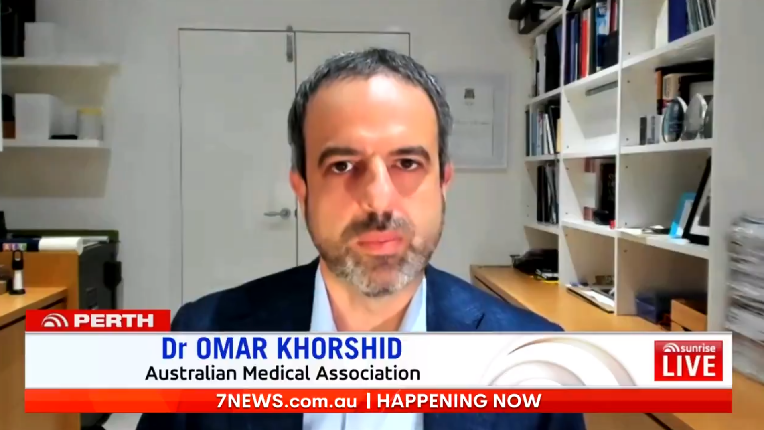 MONIQUE WRIGHT: The national plan to open State borders before Christmas could face a major setback, as concerns over Adelaide's COVID cluster grow. All States except WA had committed to easing restrictions before Christmas, but Queensland, the Northern Territory, Tasmania and Western Australia have now slammed the gates shut on South Australia. The Prime Minister says that the changes should only be temporary, arguing entire States shouldn’t be locked down due to an outbreak in just one location.

President of the Australian Medical Association, Dr Omar Khorshid, joins us now from Perth. Good morning to you, thanks for being with us. You’re concerned and the AMA is concerned about this plan to open for Christmas. Just explain your concerns.

OMAR KHORSHID: What we’re concerned about, Monique, is not so much the opening of the borders for Christmas, but actually the opening of our society for Christmas and this idea that things are going to be back to normal, that families can get together in big groups, and we can forget the lessons that we’ve learned through this terrible year that we’ve had. It’s really important, we think, that the message to the community is actually this virus is an ongoing risk. And we’ve just seen demonstrated very clearly in South Australia that we’re only ever one quarantine breach away from it getting back into our society. And we need to make sure that we’ve got enough social distancing, enough restrictions in place, that any outbreak that does happen is small and able to be really quickly controlled. We’re going to need to stay in that situation for many, many months to come, even once vaccines are starting to become available.

MONIQUE WRIGHT: Yeah that’s a really good point about family transmission. We know in this most recent cluster that 15 of the 17 confirmed cases are from the one family, which is where we all relax. The other issue now is national coronavirus safety measures. Should it be the same everywhere? We know that QR codes are used in some States in cafes, but not in others, for example.

OMAR KHORSHID: We’d certainly like to see some more consistency there. And I think if we can get a situation where all States apply, I guess, the same measures, the same tracing mechanisms and so on, the same levels of social distancing, there won’t be as much need to slam borders shut the moment you see the first signs of an outbreak, and like we’ve seen with four of our States and Territories slamming down those border already for South Australians. You won’t need to do that if you know that you’ve got confidence in what every State is doing, and the only way to achieve that is national consistency.

MONIQUE WRIGHT: Alright. Is there a number, do you think, that would justify closing a border? A number of confirmed cases?

OMAR KHORSHID: Well, the national plan gives us a little bit of a guideline. But really what the reason to close borders is if your strategy is complete elimination and then your society is pretty much normal within those borders. And that has been the reality in some of our States and Territories. We think it’s a dangerous plan. It’d be much safer to have a broad plan that includes that social distancing, acknowledges the ongoing risk of virus getting in, either across the State border, or more likely, through our international borders. And that way, no matter where an outbreak happens, it can be contained and the chance of it spreading to other States would be minimised.

DAVID KOCH: Okay. Alright. Thank you for your time. And just a bit of an update - South Australia has recorded one new case since the last update yesterday afternoon. And that case is a close contact of the existing family cluster. 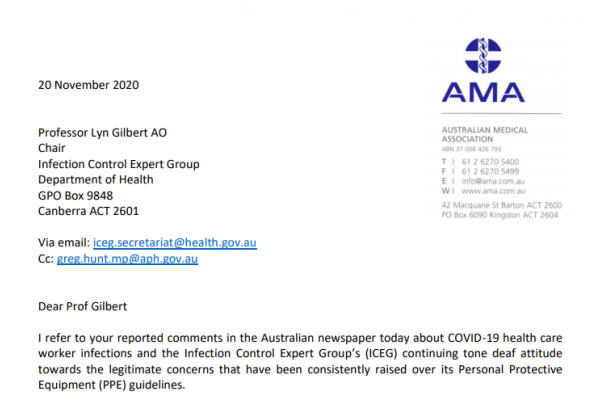 Working from home must remain central to COVID-19 response